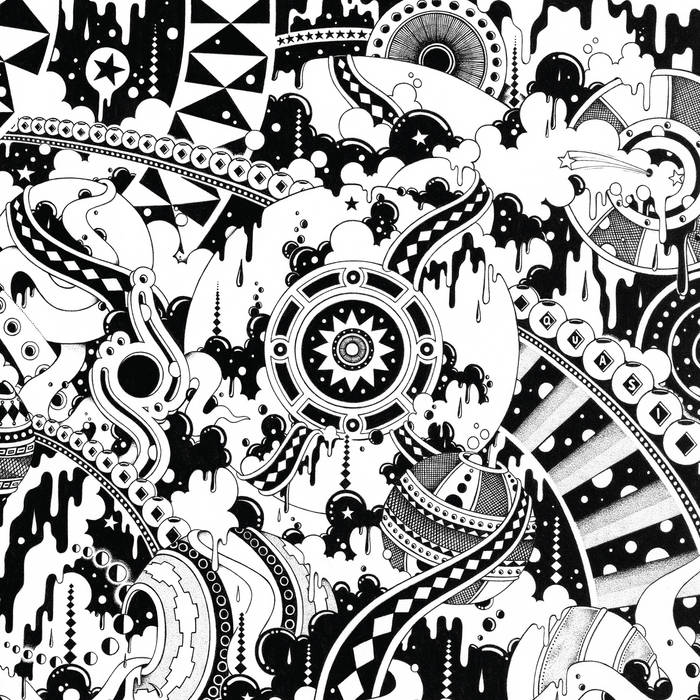 Mick Perfectly brilliant. Heavy and melodic, thoughtful and instantly catchy. Definitely one of my favorite albums of 2013. Favorite track: You Can Stay But You Gotta Go.

nderstood, the heads in the clouds. And this also goes out to all the also rans out there, the could’ve beens, the would have beens, the left behind, the out of times, the lost in the crowd.” – “An Ice Cube in the Sun,” Quasi.

Mole City is not in the tradition or deviating from the tradition – it is the tradition. After 2 decades of launching drums, guitars and pianos through the shifting interzones between harmony and chaos (moonlighting along the way with the likes of Sleater-Kinney, Wild Flag, Elliott Smith, Built to Spill and a long list of others), Quasi are a genre of their own - they write songs in the style of Quasi, and Mole City is the Quasi Song Book: Parlor Sing-alongs for the Last Century.

Now in their 20th year as a band, and a two-piece once again, Sam Coomes and Janet Weis hand-deliver the double album/Liberation Cookbook/Encyclopedia of Kicking Ass, Mole City, to those of us who still care about well-built homemade objects crafted with integrity, spirit, fire, and skill. In other words, those of us who don’t fit into a world where the empty noise of crass capitalism, slick branding, and high profile hot pants have drowned out nearly all other concerns. Mole City, their ninth album, is a set of anthems for the refuseniks, Molotov tossers, pacifist soldiers and bug-eyed freaks, and Quasi is the band playing as the Titanic of what was once Independent Music goes down.

Quasi would actually fit in just fine if every other band had such technical control and ability that they could express each passing thought and literally converse through their instruments, could write meaningful, memorable songs, could sing with heart and humanity, could maintain a musical relationship for nearly a quarter century, could disregard the consumer-tested research and American Idolatry, and was brave enough to trip back their production budget and advance to zero, ditch the engineers, producers and side players, and head underground into their basement alone to record and mix over an hour of new music from scratch.

And Mole City would sound like everything else out there if all the other records peeled off their absurd costume jewelry and piped pleather jumpsuits, climbed into the sweat-lodge, confessed their sins of avarice and pride, renounced all earthly possessions and ties, then kicked out the fucking jams. This is the music at an agnostic afterlife juke joint where lysergic teardrops are cried into sweating mugs of high octane hellfire, the bartender can see clear through to your every thought, fear and desire, the upright player’s head is locked into a guillotine, and the guys next to you are whispering conspiratorially about how to fix their time machine. Shakin’ blues, precision freak-outs, air-guitar-worthy riffs, heavy round droplets of time, fuzz everything, wah wahs, ya yas, ooh ahs, grunts, shuffle struts and chiming minor seventh chords - this is rock n roll.

"Quasi's songs teeter between optimism and despair, fantastical journeys and harsh realism; this is a pop band for people who like their pop throttled" -- NPR
"Weiss is a remarkable, unpredictable drummer, and the pair play perfectly together, having reached the point at which improvisation becomes the result of an intuitive locking of creative minds." -- Pitchfork
"Quasi career emotively between Hammond wig-outs, naked piano chords and subversive guitar pop ditties, buoyed by the vicious drumming of Weiss" -- NME

"It’s an old trick: happy music, sad words. But Quasi has elevated the strategy to an art form, and it’s nearly impossible to resist the sugar rush of the band’s sound in collision with Coomes’ black musings" -- Dusted Magazine

"Coomes has his own way of sculpting a quirky pop song that makes one ask themselves if they've ever seen Michael Stipe and Jeff Mangum in the same room at the same time, pulling Athens, Georgia's mainstream and cultstream songwriting gods into the dreary Northwestern drizzle dregs." -- Daytrotter

Bandcamp Daily  your guide to the world of Bandcamp

Featuring interviews with the mighty Hiatus Kaiyote and genre-busting L'Rain.